Have I Found a Mandle? 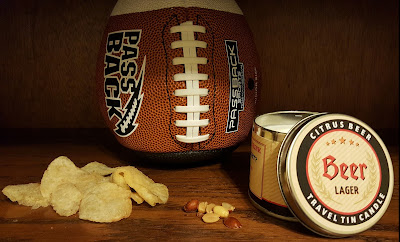 We've all seen the candles out there on the market that claim to be geared towards men. Scents like fresh cut grass, bacon, sawdust and even pizza. Others are a little more tame and considered 'unisex' such as Mahogany Teakwood or Leather. What is it that men really want in a candle?
The candle in question today was found on a shopping trip to Big Lots one afternoon pur-oozing down their candle aisle. Once I saw it I knew I had to review it for you guys and have been hanging on to it for just the right moment. What better moment than the week of the Super Bowl?!
Before we get into the review, I'm not saying this candle can't be enjoyed by the ladies but come on girls, let's let the men have their own candle for once. 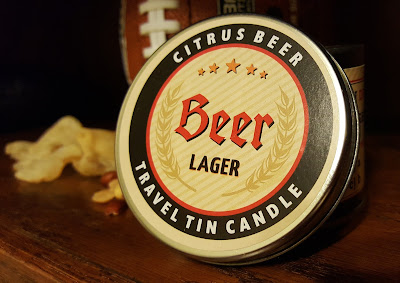 Review:
Because I choose not to drink, I will have to go off what I can remember most beers smelling of which normally isn't very pleasant. On cold it isn't as boozey as one would think on account of the citrus stepping up and playing a more dominate role in the candle. The beer that first comes to mind and what I picture this smelling like when bright orange citrus hits my nose is Blue Moon. 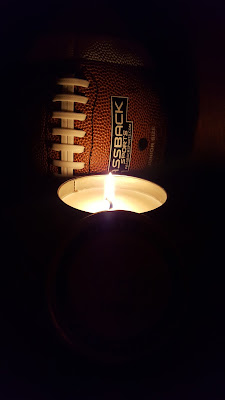 Upon lighting I did manage to pick up a soft aroma of something yeasty as I stood around the candle for pictures. Soon after though the scent had mostly dissipated and I was left with only the scent of the candle wick burning.

Unfortunately I have to rate this candle a 1 out of 5 on scent throw though it did burn extremely well so I'll give it a 5 for clean and even burning.

The hunt for the mandle still continues!

What is the next scent I should try for a mandle? What do you think is a true "guy worthy" candle? 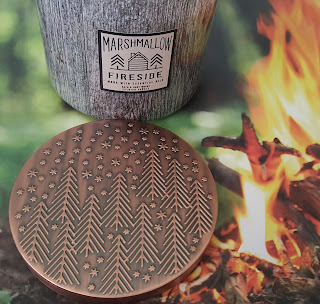 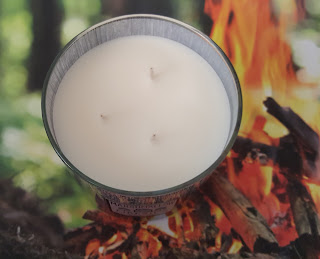 I’m sure I’ve mentioned several times my love for this fragrance with all its marshmallow gooeyness and essence of rich cedarwood logs that are burning deep within the embers of the campfire on a cold evening. It is as if a sweet, ole familiar friend is around for a visit when I bring out this candle for winter burning as it just isn’t a proper winter until I have melted or burned this scent.
No puny wicks while melting clean and evenly from start to finish. A very strong thrower that had my bedroom filled with scent that trailed off down the hall and into my living room. I was very satisfied with the performance of this candle. A+

Disclaimer: All products were bought by me from Pixie & Toad. I am in no way affiliated with them or Harry Potter.

*The Harry Potter Collection is not currently available on their site*

Tell me muggle, "What exactly is the function of a rubber duck?"

Now that I have your full attention, look here, see. Feast your eyes upon items never before seen by non-magic folk such as yourselves. These items here were sold to me by a man who we dare not speak his name but there are tales that they were handmade by the Pixie & Toad Wax Company themselves! A treasure I assure you.
Let us first have a nibble at these exploding bon-bons shall we? I must warn you to be careful!!! They are explosively sweet and intensely tangy. These can be found by the plentiful on the shelves of Honey-dukes whenever the sweet tooth hits.

Exploding Bon Bons- Blend of satsuma, half blood orange, pineapple and a crackle of cake. 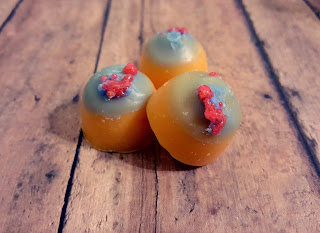 Fruit enriched tartness that will make your lips pucker. It is an equal blend of pineapple and orange without being too overpowered by citrus while having a bite of vanilla from the cake batter. This throws super strong with only one bon bon and smells delicious. I had mentioned in my previous haul post on these that I was worried about the pop rock candies on whether or not they would leave a sticky residue in the warmers like it did all over the bag and my hands after the pictures. I am happy to report it was an easy cleanup.

Next let us move on to some of the creatures that can be spotted along the paths of Diagon Alley or roaming the halls of Hogwarts whether it be upon ones shoulder or flying through the rafters. 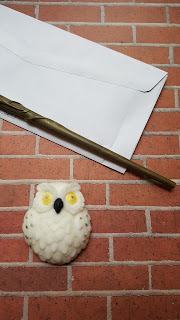 Unfortunately my owl and I had to part ways as we just didn't agree. (Too strong on the bergamot and sage for my nose) and he has been relocated to a new home so I won't have warmed thoughts on him. Don't worry, I have a strong feeling he is in great hands. 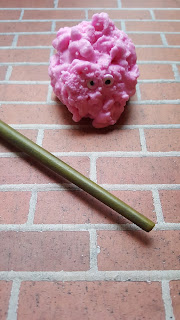 Blimey, Watch out for this one! If cuteness could kill. This creature was very hard for me to have to destroy but it threw very well in my warmer at a medium throw with only half of its..er..body. The scent once pooled out almost mimicks a fruity cotton candy cocktail without the boozy undertones thats been replaced by a fizzy diluted carbonation in its place. 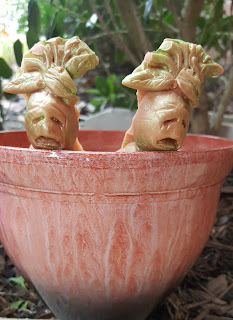 A creature that is not necessarily "roaming around" but can be found in Hogwarts greenhouses where students Herbology classes take place. Careful now, must not upset it or disturb the soil as the cries from an adult Mandrake can be fatal.
The earthy undertones blend beautifully with the mint. Warmed, the scent changes to a powdery chamomile floral that mingles with the mossy oak and dry dirt. Throws about a medium.

Now I believe that is enough magic for you muggles today. Go on now, run along.

Have you placed an order with Pixie and Toad?
We're you able to grab from the Harry Potter Collection? Let me know! 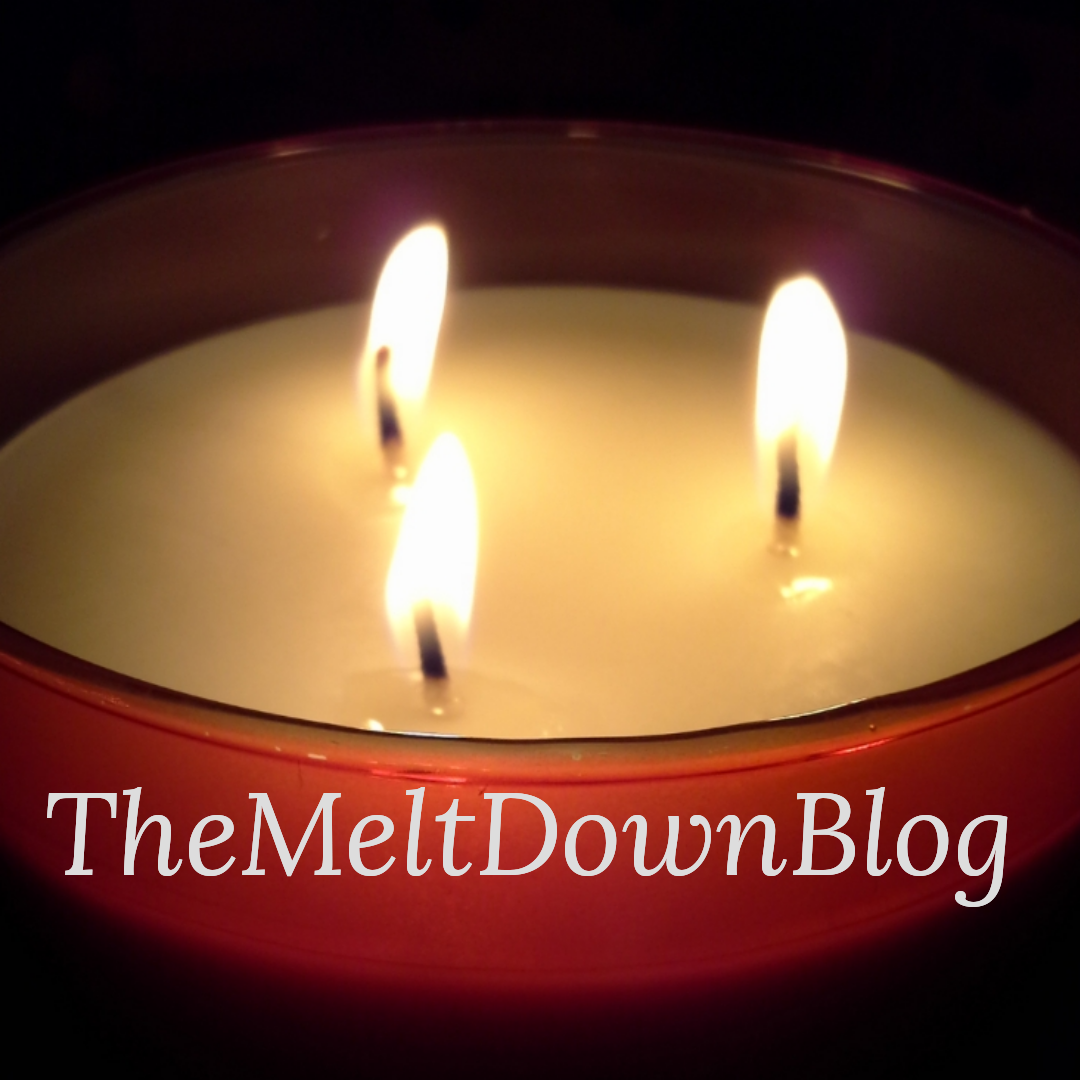